The original building, the Midwest Steel and Ironworks, dates back to the turn of the century (1903). At that time the building was a Denver landmark, serving as the headquarters for the drafting and operations of Midwest Steel. The building's most significant addition was designed by Denver architect, Roland L. Linder. Many well-known Colorado landmarks had their plans drafted in this building.

Some of those include: the Royal Gorge Bridge, all four of the Big Thompson Bridges, Moffat Tunnel, East Denver High School, and Denver’s City and County Building.

Today, the newly restored building is home to Denver's newest remodel; and event venue that is not only beautiful but historic. The original structure was erected in stages spanning from the turn of the century to the 1950's. The design elements of early industrial, 1920 glamour, art deco, and depression era are felt, if not readily visible in the architecture and design of the building. The remodel boasts a captivating bar, exposed brick, multiple chandeliers, and original hardwood floors. There are great urban additions, as well, including a patio flanked by oversized doors allowing the venue to open up and enjoy Colorado's incredible backyard. 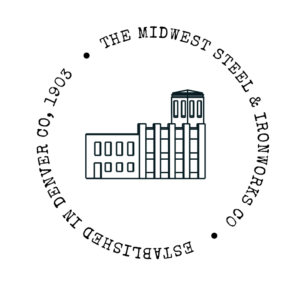